Liangzhu Archaeological Site: Comparison with similar properties in the world Ⅰ. Comparison with Cultural Heritages of the Same Kind in China 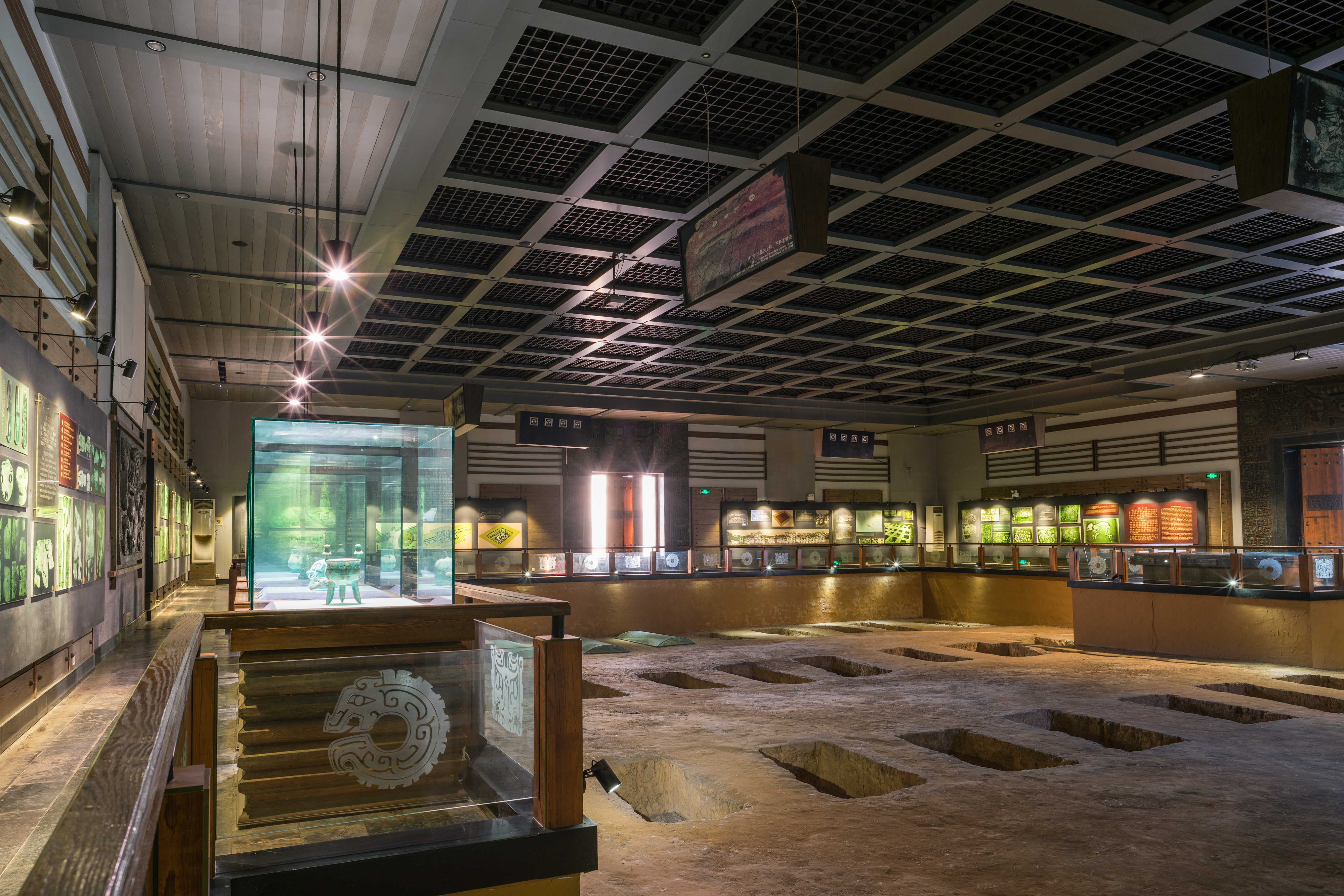 (The Royal Tombs Area of Yinxu/VCG)

Liangzhu Archaeological Site locating in the plain of river network in the lower reach of the Yangtze River represents the peak of rice agriculture of south China in the late Neolithic Age, while Hongshan Culture Site in the hilly areas of Laoha River basin represents the summit of agriculture with hunting and livestock in north China in the initial stage of Chinese civilization. Respectively falling into Liangzhu Culture and Hongshan Culture, they both highlight jade culture and exhibit obvious differences in the form of settlement and religion. Liangzhu Ancient City is the first Neolithic city site found in the lower reaches of the Yangtze River. Compared with other sites of Neolithic cities earlier than 2000 B.C. in China, particularly those in the Yellow River and Yangtze River basins, it features rice agriculture elements in terms of location, size, layout, construction technique, form and types of remains, implying the roles of different agricultural civilizations and geographic environment in the development of human settlements.

Ⅱ. Comparison with Cultural Heritage of the Same Kind in the World

Compared with the eight Neolithic settlement sites inscribed on the World Heritage List, Liangzhu Archaeological Site is of outstanding significance in terms of the representativeness of rice agricultural civilization, size of prehistoric settlement, and the cultural and spiritual meanings of unearthed utensils represented by jade wares. To sum up, Liangzhu Archaeological Site is a peerless site with abundant and complete underground remains and rich information about the initial stage of human civilization which are rarely seen in other sites of the same period or in sites of the same kind.