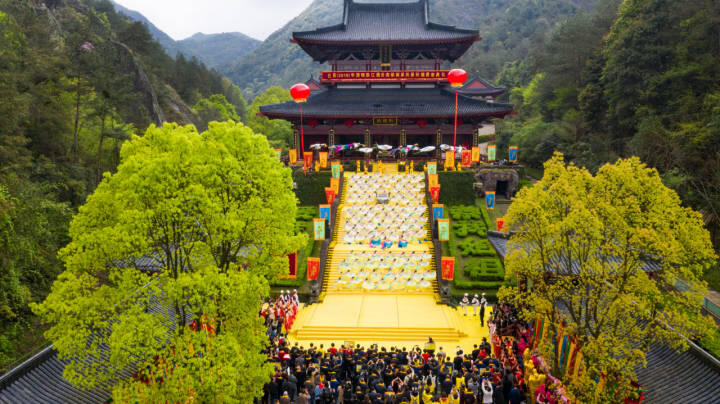 A grand memorial ceremony for the Chinese legendary ancestor Xuanyuan Huangdi is scheduled to be held in the Xiandu scenic area in Jinyun county, which is administered by Lishui city in East China's Zhejiang province - on Oct 14.

The culture of the Tang (618-907) and the Song (960-1279) dynasties is reportedly a major feature of the ceremony – with resplendent pageantry in clothing, music, colors, and other aspects.

Huangdi, also known as the Yellow Emperor, was a mythological-historical figure who was believed to be the sovereign of a united China around 5,000 years ago. Legend has it that Huangdi culminated his life in Dinghu Peak, located in modern-day Xiandu scenic area, by riding a dragon there to heaven. As a result, the area is called Xiandu, which means "fairyland" in Chinese. 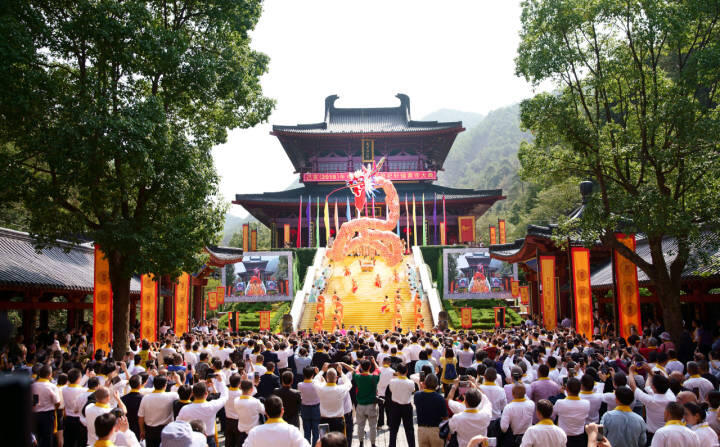 Jinyun's tradition of hosting the Huangdi worship rituals dates back 1,600 years. In 1998, local authorities reconstructed an ancestral temple for Huangdi in the Xiandu scenic area and revived the ritual there.

The ritual was included on the list of national-level intangible cultural heritage items in 2011. In July, the central government gave its approval for the Zhejiang provincial government to replace the Lishui municipal government as the permanent host of the ritual.

As a result, Jinyun – along with Huanglin county in Northwest China's Shaanxi province and Xinzheng in Central China's Henan province – are currently the nation's three most important sites for honoring Huangdi's legend.