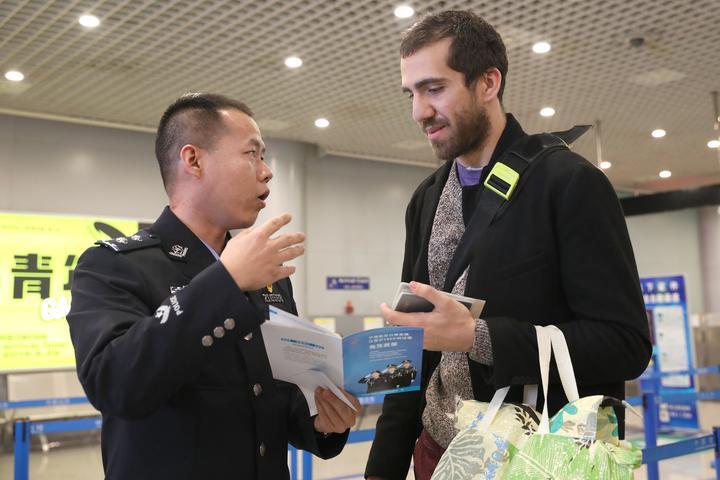 After filling out a temporary entry card, submitting a passport, and interline tickets for inspection, an Australian passenger with the assistance of the Ningbo Airport Exit & Entry Border Inspection Station police, successfully completed the visa-free transit procedures in less than 5 minutes at the 144-hour Visa-free Transit Window at the arrival hall of the Ningbo Lishe International Airport.

This traveler-friendly service is the result of the 144-hour visa-free transit policy of Jiangsu, Zhejiang, and Shanghai, which was officially implemented in Ningbo on December 1. On December 1 this year, the 144-hour visa-free transit policy was officially implemented at Ningbo Airport, and Ningbo became the fourth city following Shanghai, Nanjing, and Hangzhou in the Yangtze River Delta region to implement the policy.

Ningbo Airport Exit & Entry Border Inspection Station police kindly remind passengers applying for 144-hour visa-free program to hold an international travel document that is valid for more than 3 months; have a connected passenger ticket valid within 144 hours with a confirmed date; seat to a third country or region, and to complete the temporary entry card forms for foreigners.