Steamed buns of Tonglu carried on by four generations, with a daily sale volume of 7,000 steaming baskets in Hangzhou!

At around 1 pm, the Tongxiangyuan Steamed Bun Store was still crowded by customers, but it was not the most crowded in one day. The real busy peak was 7-8 am. 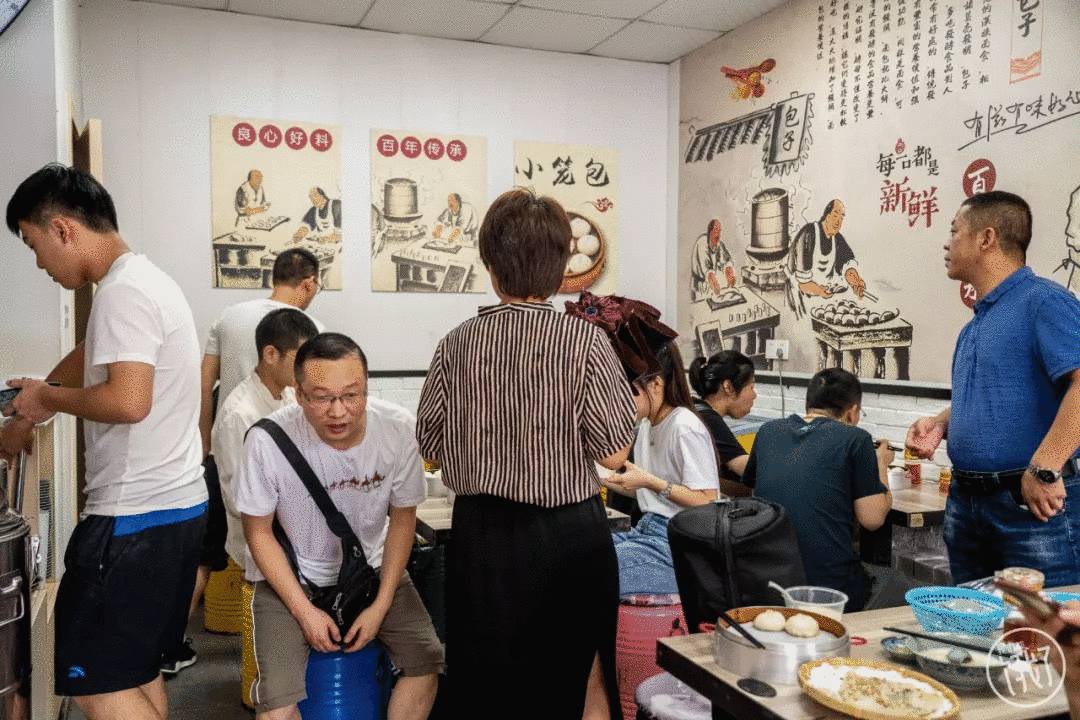 The steamed buns of Tongxiangyuan have been carried on for three generations. The bigger and second brothers of Family Jiang should be the fourth generation of inheritors. Manual leavening is rare, yet what is more rare is that the steamed buns of Tongxiangyuan are not leavened with yeast powder but with soda powder. When you bite it, you will feel the light sweetness of wheat at your lip and teeth, but also can feel the fluffy and soft air. The meat stuffing is juicy and right.

A basket contains eight steamed buns, which takes 12 yuan. Another humanized aspect of Tongxiangyuan is that you can buy half a basket at 6 yuan.

Many customers also like to buy frozen buns home, eight ones at ten yuan and put them in their fridge. It would be a satisfactory breakfast by heating dozens of steamed buns in the morning.

The wheat cake with preserved vegetables and pork offered by Tongxiangyuan is also a signature product. With leek, extremely thin, the cakes taste nice whether they are hot or cold. Preserved vegetables are from rural areas of Tonglu, which are aired and dried naturally, absorbing the taste of sunshine and thus giving out a refreshingly nice smell.