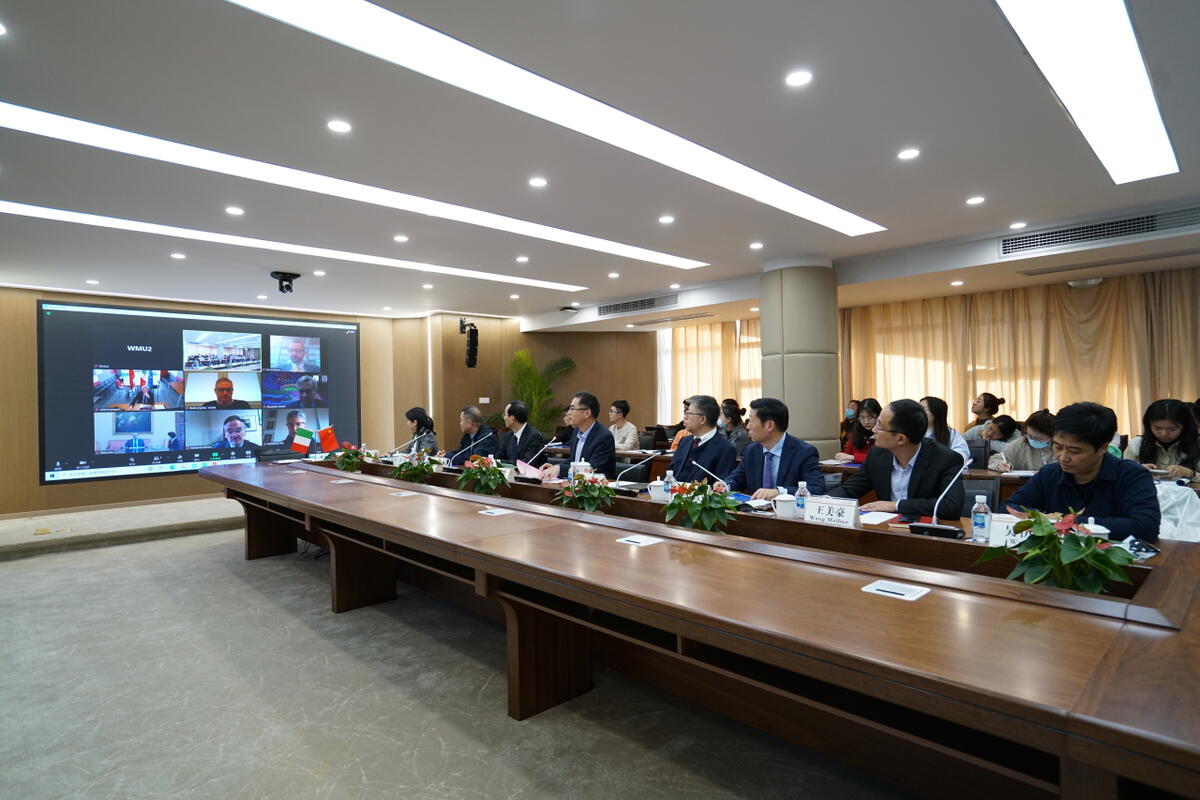 On November 11, the signing ceremony of the academic cooperation agreement between Wenzhou Medical University (WMU) and the University of Turin (UniTo) was held at WMU. On the same day, the China-Italy Webinar on Healthy Aging also kicked off.

On behalf of WMU and UniTo, respectively, President Li Xiaokun and Rector Stefano Geuna signed the cooperation agreement at the ceremony. 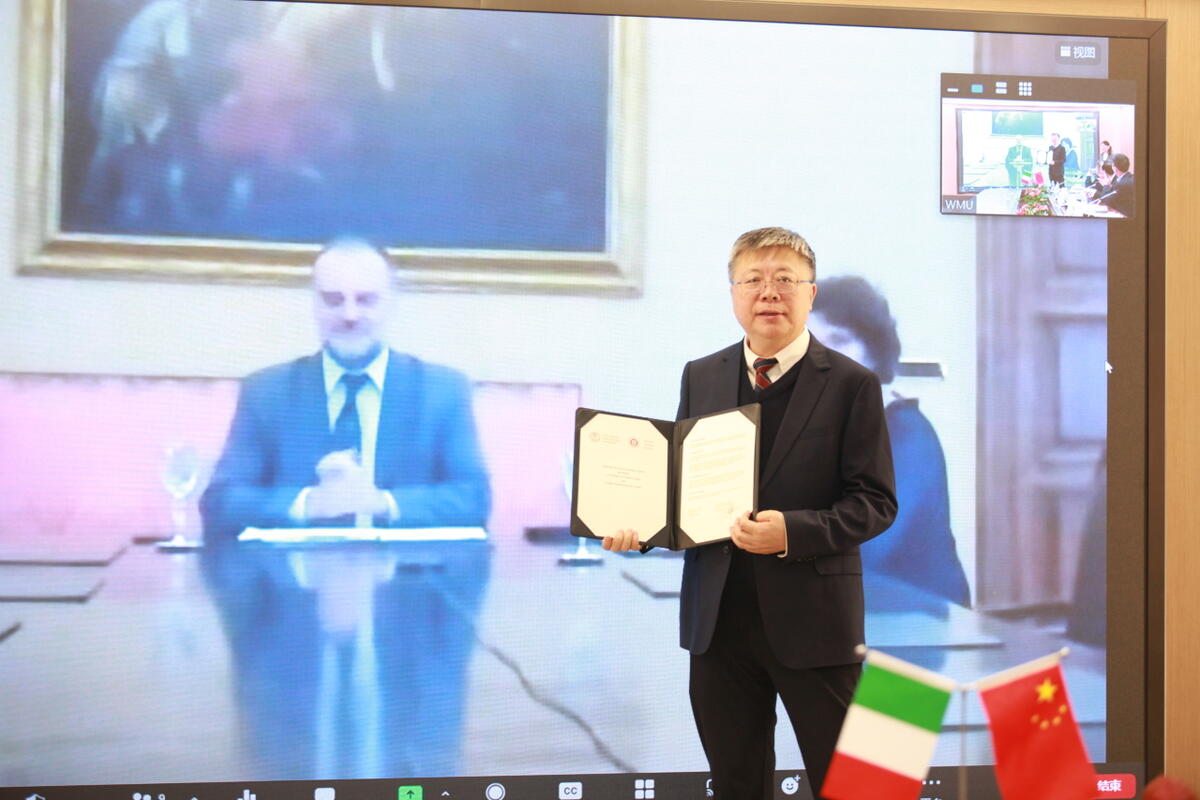 Prof. Li Xiaokun pointed out that, the signing of the agreement marks a good beginning for the two universities, based on which, the two universities would continue to work closely and carry out multi-level collaboration in education, research, and medical care, exploring new models of international medical services and contributing to better medical education and health care in the two countries.

Prof. Stefano Geuna said that UniTo attaches great importance to the collaboration with WMU, and looks forward to working together with WMU to carry out joint programs in faculty and student exchanges, education, and scientific research, etc.

Prof. Roberto Pagani sent his congratulations to the two universities and expressed high expectations that this collaboration would boost further medical research cooperation between the two countries and bring more benefits to the Chinese and Italian people. 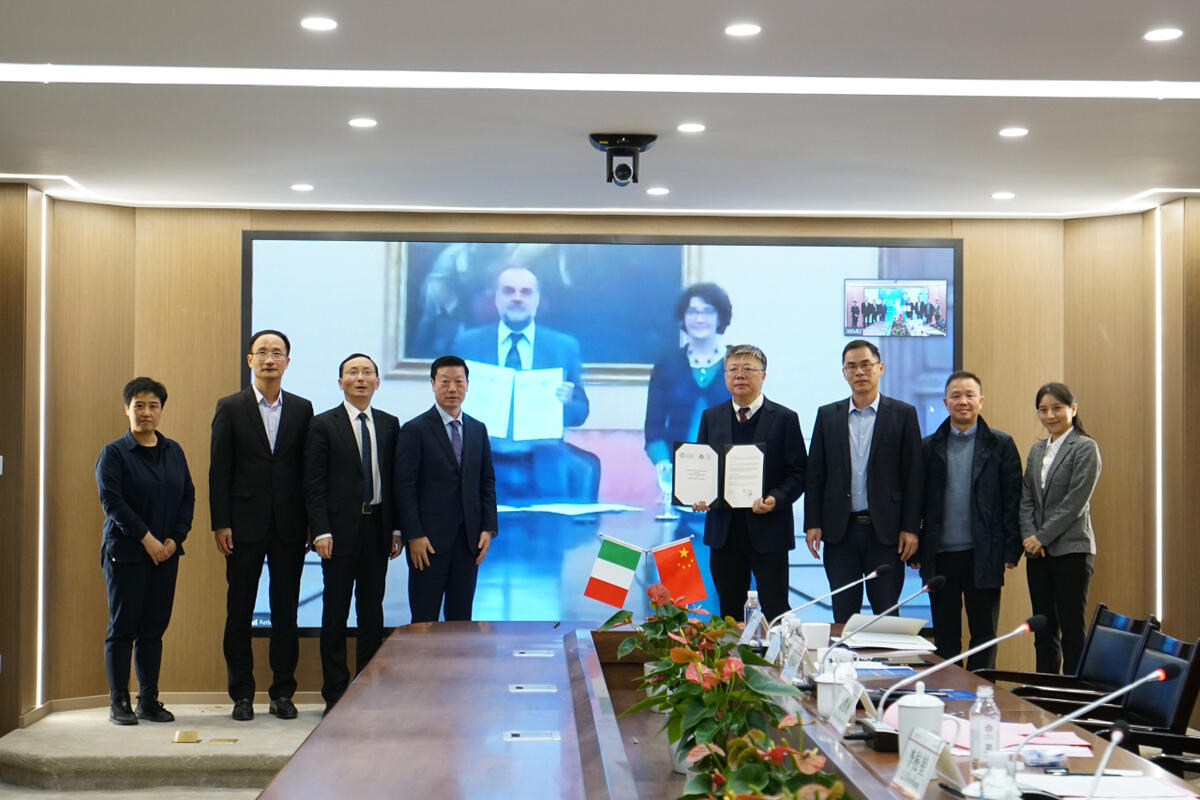 Later, on the China-Italy Seminar on Healthy Aging, Prof. Alessandro Vercelli delivered a keynote entitled "My Active and Healthy Ageing: highlights of the EU Horizon 2020 project". Prof. Song Weihong, in his speech "Facing aging with Technology and Innovation", stated that aging is a common challenge for global public health in the 21st century, and explained the importance of technology and innovation in addressing common diseases of the aging population, such as Alzheimer's disease.

Wenzhou and Turin have already signed the Friendship City Relationship Agreement early this year, and the signing of this agreement between WMU and UniTo is a major practice under this context.