Our world is far from peaceful, and destabilizing and unpredictable factors are obviously growing.

US House of Representatives Speaker Nancy Pelosi has begun her tour of Asia and her rumoured plan for a trip to Taiwan has triggered a geopolitical headache around the world.

In response, Tan Kefei, a spokesperson for China's Ministry of National Defense, made the remarks in response to a press inquiry regarding this issue. China demands that the United States honour its promise that it would not support "Taiwan independence," Tan said, adding that if the U.S. side insists on making the visit, the Chinese military will take strong actions to thwart any external interference or "Taiwan independence" separatist scheme, and will be resolute in safeguarding China's national sovereignty and territorial integrity.

Globally, the world is facing many safety problems. The pandemic has disrupted the routines of many countries, and the conflict between Russia and Ukraine is still going on with a lot of uncertainty. Disasters, chaos and geopolitical conflicts are headlines of the media coverage.

Looking eastwards, in China, over the past 95 years, under the firm leadership of the Communist Party of China (CPC), the People's Liberation Army (PLA) has made indelible achievements in realizing national independence, liberating the Chinese people, and making the country prosperous and strong.

The source of the achievements lies in the fact that the PLA is well equipped and capable of fighting, and more importantly, in their faith and spirit. Their revolutionary beliefs will tell you that Chinese soldiers are always worthy of trust. PLA firmly believes that there is no difficulty that cannot be overcome.

Since the beginning of the Nanchang Uprising, PLA has achieved revolutionary success in liberating the Chinese people and safeguarding the nation of China. In urgent times, during wartime, they got survived by eating tree leaves and drinking water from the ground.

PLA firmly believes that nothing is impossible.

Up to now, the Long March, which is still worth remembering means more. In 1934, in face of the siege, the PLA was forced to transfer to other bases and they finally got succeeded after more than 600 battles.

PLA firmly believes that there is no invincible enemy.

During the war to resist U.S. aggression and aid Korea, the Chinese army, faced with a huge gap in weaponry and supplies compared with the American army, still stood tall, put on a thin coat, and fought their way out. 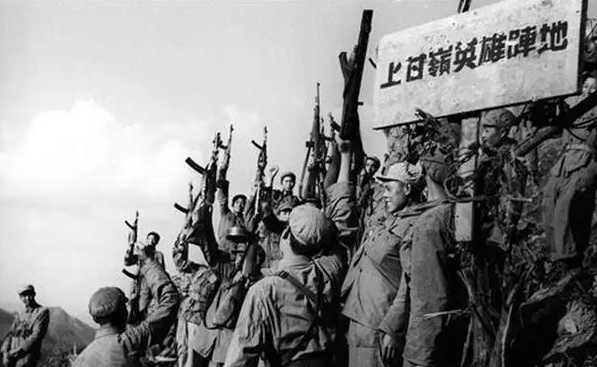 This is the spirit of the military as well as the Chinese soldiers' immortal belief. It makes Chinese people feel safe no matter how dangerous things are. There is always a wall that will not fall to protect the Chinese people against the dangers.

In the winter of 2007, Meng Xiangbin, a young soldier, jumped into the icy river without hesitation to save a drowning man. Fifteen years later, his daughter has grown up. This September, she will set foot on the road her father had walked.

In 2020, Xiao Siyuan, a young soldier, bravely sacrificed his life to defend China's territory during the China-India border conflict. Two years later, his younger brother, who had just turned 18, signed up for the PLA to become a soldier. During the war years of national crisis, Chinese soldiers sacrificed their lives to protect the Chinese nation against invasions and dangers. Nowadays, the spirit of Chinese soldiers will be passed on forever.

Today marks the 95th anniversary of the founding of the People's Liberation Army of China. This is a day worth remembering and praising.

Not only for the great Chinese soldiers but also for the Chinese nation of heroes!