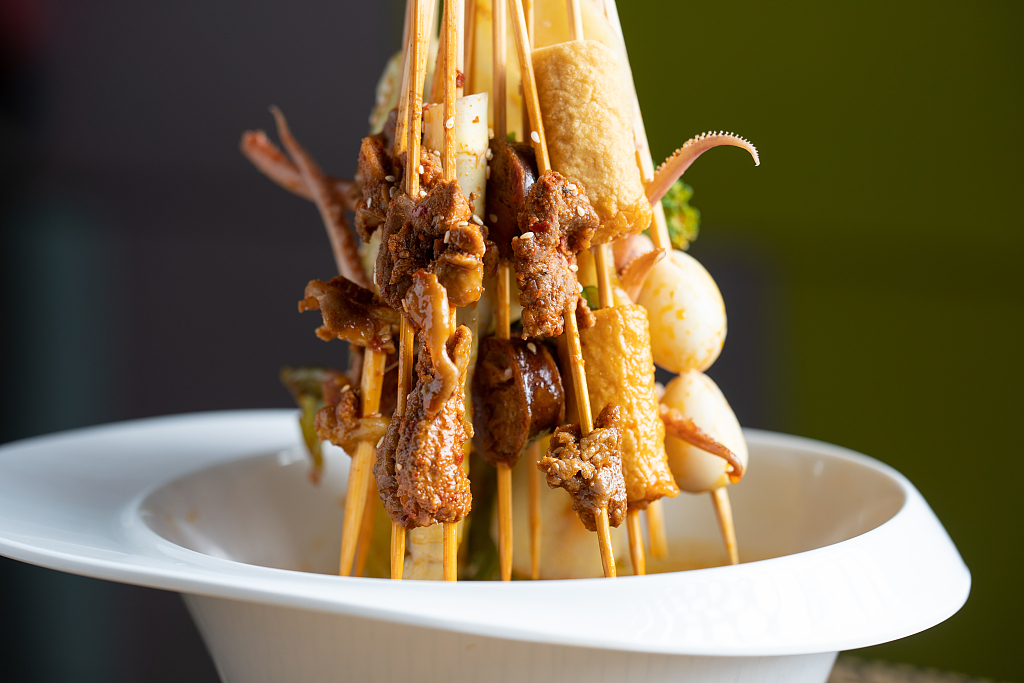 Chinese beer has doubled its market share in South Korea thanks to the growing popularity of a Chinese cuisine: spicy hot pot, or malatang.

A market analysis by a retail chain in South Korea said that over the past five years, Japanese beer, which has been a top seller for years, is losing customers, while market share of Chinese beer has jumped from 4.9 to 10.2 percent, local newspaper The Central Times reported on Friday.

The newspaper attributes the sales increase to the growing popularity of spicy hot pot. Tsingtao beer, a famous Chinese brand, is a perfect match for the spicy Chinese cuisine, according to the report. Malatang restaurants, which used to be found mainly around Konkuk University, have spread to Gwanghwamun, Yeouido and Gangnam regions.

Local people are also making malatang meals at home as many Youtubers have uploaded recipes and cooking instructions online.

South Korea e-commerce platform "Wemakeprice" suggested that the sales volume of the spicy powder and other ingredients needed to make malatang is 96 times greater than it was last year.

The news has topped the most-searched list on China's Twitter-like Sina Weibo.

"Nobody can refuse Chinese food!" a Net user proudly posted.

Another jokingly said "no more fried chicken with beer. Now it's malatang with beer." Eating fried chicken and beer together became a fad after being introduced to China by romantic TV drama My Love from the Star.