Two days and one night of flood-fighting in Qianjiang River

The rain is still falling, and both sides of the Qianjiang River were still fighting against the flood. 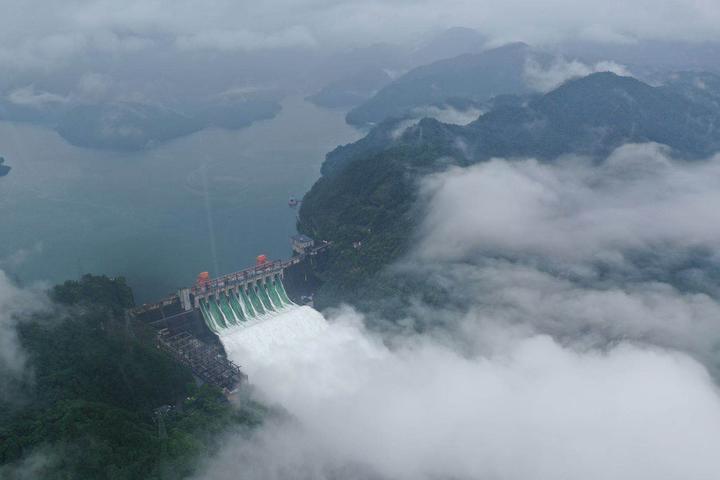 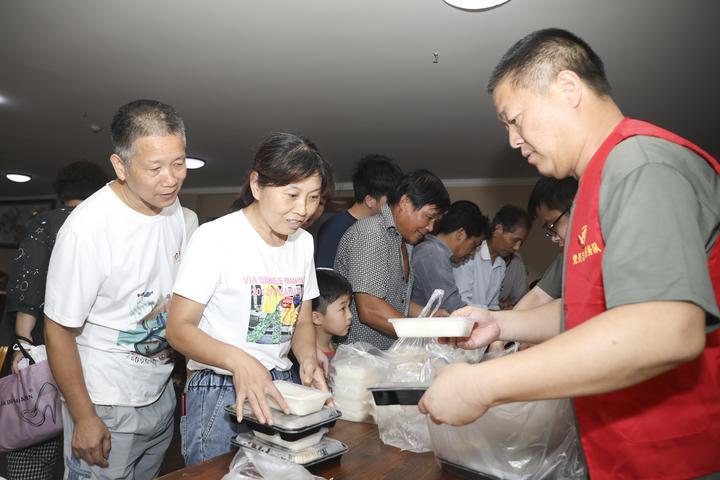 Affected by the flood discharge, the water level of the Dazhou River in Xiaya Town rose rapidly. Since 5:00 on the 8th, 12000 sandbags have been sent to the embankment of Xiaya Village. In just 10 hours, more than 300 party members and cadres, armed police officers and soldiers and villagers’ volunteers raised the 900-meter embankment by nearly half a meter. At 18:00 on the 9th, a team assembled again. "The flood peak of the Lanjiang River may be coming in a few hours. We must seize the time to strengthen the embankment." On the morning of the 9th, a 13-meter-long embankment collapsed under Fuchunjiang Bridge in Wanli Village, Chengnan Street, which was discovered by the patrol staff in time. "We immediately reported to the county," said Lu Linmu, director of security in Wanli Village.

After learning about the situation, the departments of Chengnan Street and County Emergency Management Bureau formed an emergency rescue team of more than 100 people and rushed to the collapse site immediately. After more than four hours of an emergency repair, the collapsed embankment was reinforced. At 8:00 on the 9th, Zhang Baimei, a volunteer of young party members in Dongzhou street, Fuyang District, trotted from the first floor to the fourth floor in the Wufeng resettlement area, Dongzhou middle school dormitory building. Most of the villagers in Wufeng island are seniors. She had to check every room to ensure the safety of the elderly.

"At present, our focus is to keep the basic living security of villagers in resettlement sites," said Fei Guomin, secretary of the Party Working Committee of Dongzhou Street.  In addition to basic guarantees such as three meals a day, the villagers also had a rich life during their resettlement. The street bought a batch of magazines and newspapers and organized villagers to watch movies in the school. As of 18:00 on the 9th, the water levels of main rivers in Xiaoshan were below the warning level. In order to ensure safety, Wenyan Street organized personnel to set up a riverbank guard team. Each person is responsible for 100 meters of the embankment.

"Our main tasks include checking the embankment for cracks, signs of collapse and sliding, leakage, whether the concrete on the top of the embankment is cracked, and preparing for other emergencies." On the morning of July 9, some sections of Jiuxi Road in Xihu Subdistrict of Hangzhou West Lake scenic spot were flooded again

In the early morning, more than 50 emergency teams composed of streets and communities immediately started to move. "On the one hand, we used pumping facilities in time to empty the road area; on the other hand, we used amphibious ferry buses to send residents out of Jiuxi road." Due to the rush hour, many office workers have gotten on the ferry bus. "Since the appearance of waterlogging, we have been shuttling back and forth. As of the morning of the 9th, we have transported nearly 500 people," said a worker of Xihu Subdistrict. Binjiang District adopts the mode of "human defense" combined with "technical defense", and a total of 335 people are sent to carry out a 24-hour continuous inspection on the 17 km long embankment. Relying on the intelligent tide-proof system of Binjiang District, 51 surveillance cameras along the river are aimed at the Bank of Qiantang River, paying close attention to the operation of the embankment and the safety of the personnel on the bank.