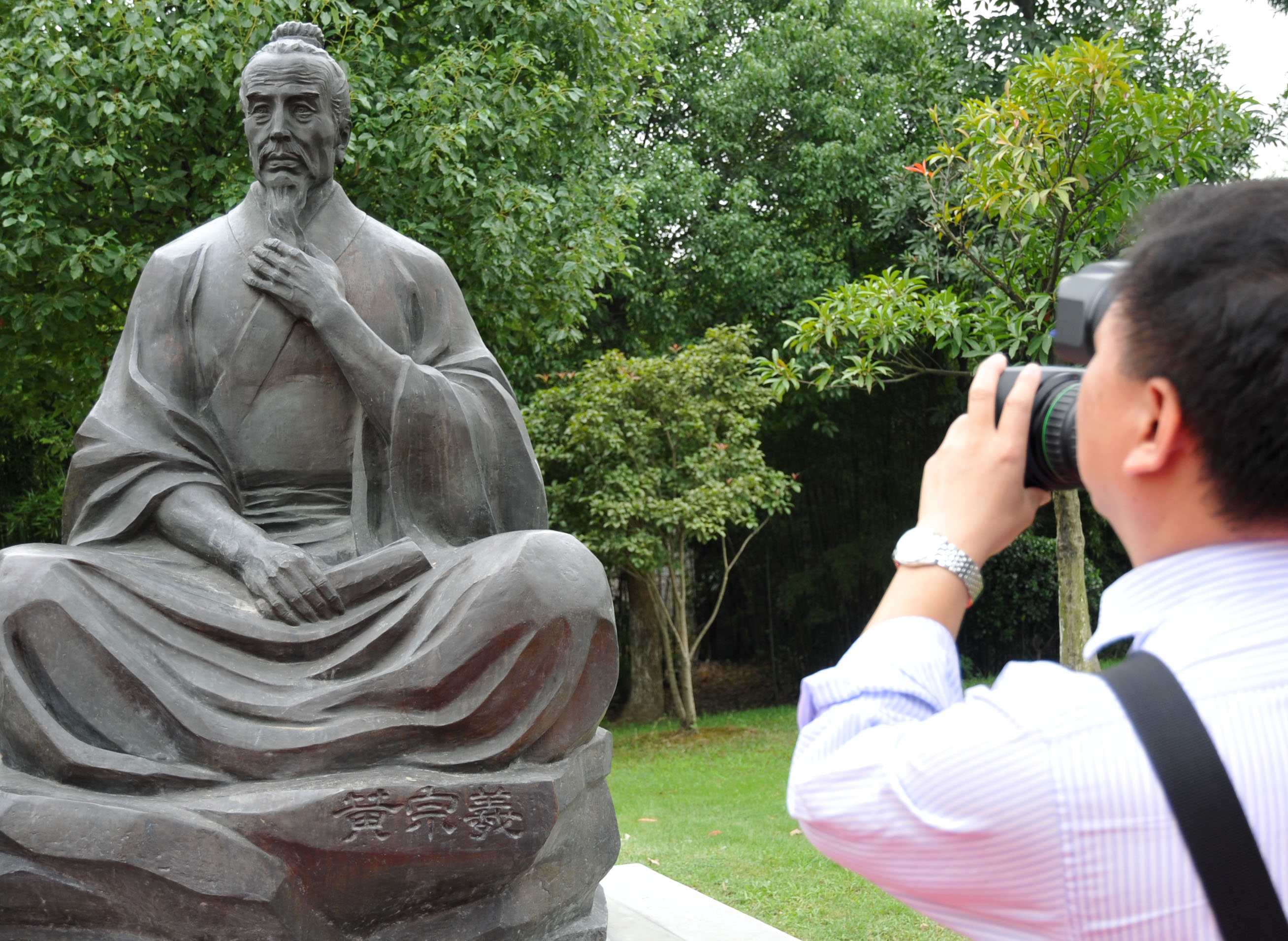 Located at the western corner of Ningbo and by the bank of Guanjiang River, the Baiyun Manor is an academy where Huang Zongxi (1610-1695) gave lectures. Huang, whose style name is Taichong, is a distinguished thinker, writer and historian of the late Ming and early Qing periods.

Huang Zongxi, together with Gu Yanwu and Wang Fuzhi, was known as one of the “Three Great Thinkers” of the late Ming and early Qing periods. Huang cultivated a great many outstanding scholars who formed the East Zhejiang School.

Originally, Baiyun Manor was the property of Wan Tai, officer of the Ministry of Revenue, where later his son Wan Sixuan, author of the Baiyun Ji (Baiyun Collection), was buried, hence the name of Baiyun Manor. When Huang Zongxi gave lectures in Baiyun Manor, it was crowded with people.

The main building of the Baiyun Manor faces the East and has two rows of brick flat roofs. The west side was the former residence for the Wan family, where Wan Sitong, another figure of the East Zhejiang School, once lived. At the northwest side are the tombs of Wan Bangfu and Wan Sixuan. The former was the father of Wan Tai, and the latter was the fifth son of Wan Tai, a celebrity among his contemporaries, for whom Huang Zongxi autographed the epitaph.

Baiyun Manor, a symbol of the East Zhejiang School, enjoys high reputation both at home and abroad and it is now one of the heritage sites under provincial-level protection. Inside the manor there is a display of objects of the Yongshang Zhengren Academy, which was set up by Huang Zongxi, and an introduction of the life of Huang Zongxi.